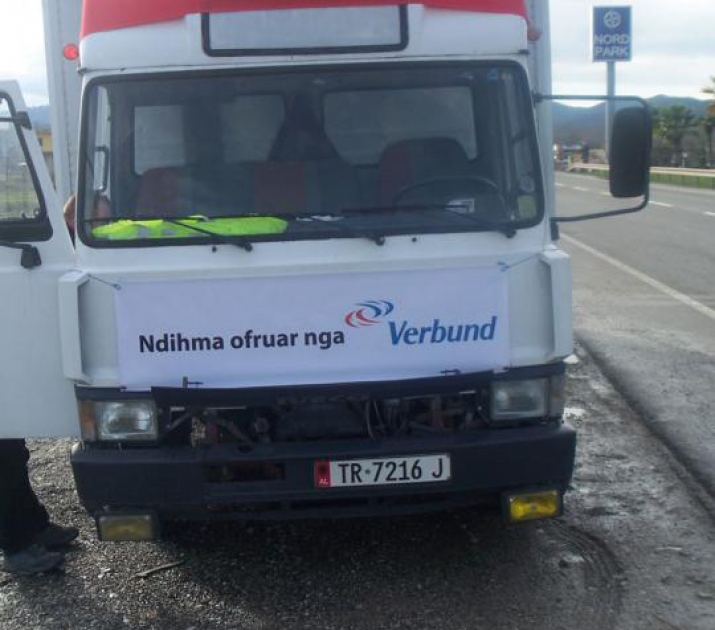 On January 7, 2010, the Albanian government declared a state of emergency. In the Bushat community on the river Drin, 300 houses were flooded up to a depth of 1 meter. In the entire region 2,000 homes and more than 10,500 hectares of agricultural land were inundated.

Due to the energetic and immediate initiative of VERBUND as well as the assistance of the mayor of Bushat, Zef Hila, immediate aid was supplied to those affected.

VERBUND arranged a convoy for the affected area on January 12, 2010, with more than 6 tons of food supplies. A second relief shipment with 50 rubber dinghies and 5 tons of clothing and blankets arrived in the crisis area on January 18, 2010.