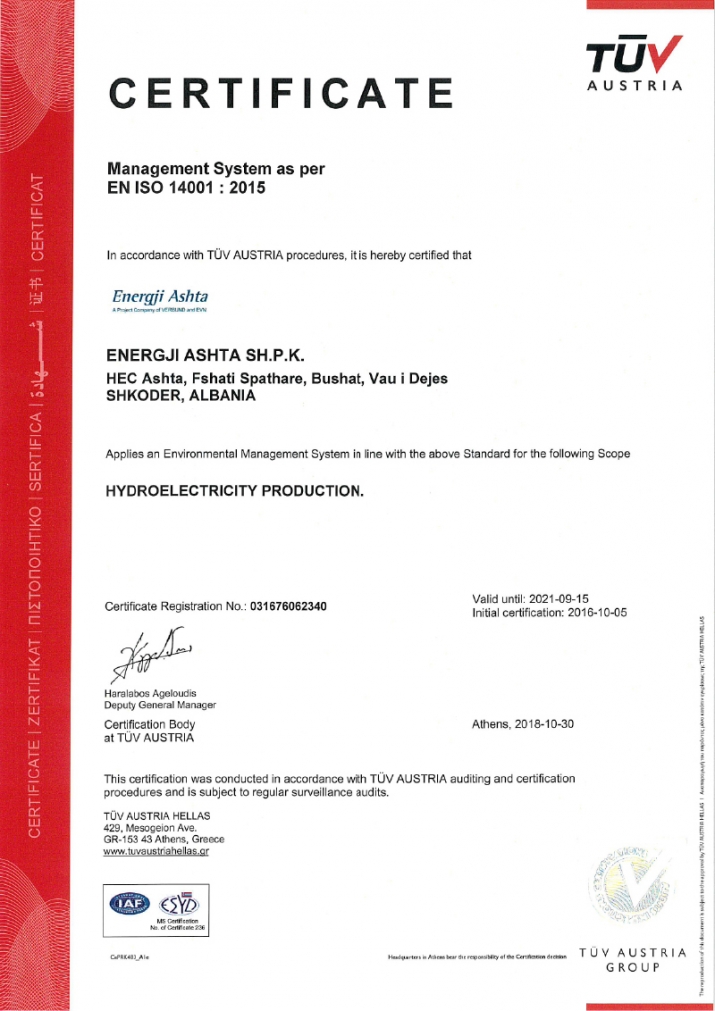 HPP Ashta proudly announces that it has successfully passed the re-certification according to the new Quality Management System Standards ISO 14001, version 2015.

Energji Ashta has been certified by TUV Austria for ISO 14001:2004 standards since September 2016. The successful re-certification audit of HPP Ashta took place in September 2018. The requirements for the re-certification process were more challenging following a revision of the standards according to the new ISO 14001:2015 version. The detailed audit checked the effectiveness of the entire management system of HPP. The audit showed that the management system in place at Energji Ashta functions at a very high level.