Schoolkids awarded within a drawing competition

Starting already at the beginning of October altogether 9 schools from the municipalities of Bushat and Vau i Dejes took part in the drawing competition sponsored from Energji Ashta, – a 50:50 joint venture between VERBUND and EVN.

The kids had the opportunity to visit the construction site in Ashta and after that to paint a picture of the hydro power plant regarding certain criteria within two weeks. The response was enormous: 139 paintings were drawn from more than 100 kids.

Kids win money for their schools

At November 10th the awarding ceremony took place at the construction site in Ashta with all participating kids and teachers from the schools as well as the representatives of the municipalities Bushat and Vau i Dejes and Energji Ashta.

And for the schools there was a lot at stake: for the first prize the amount of 2.000 Euros was estimated, for the second prize 1.000 Euros and for the third prize 500 Euros which the schools are able to spend on different infrastructural items depending on their needs.

The three winning paintings were evaluated after a voting procedure through art experts in Albania and Austria. Both juries merged their results and came to the following final decision:

“The picture includes every aspect of our ideal sustainable doing in a very original and unique way. It clearly symbolizes our slogan: ‘Energji Ashta will bring light into your lives.’” 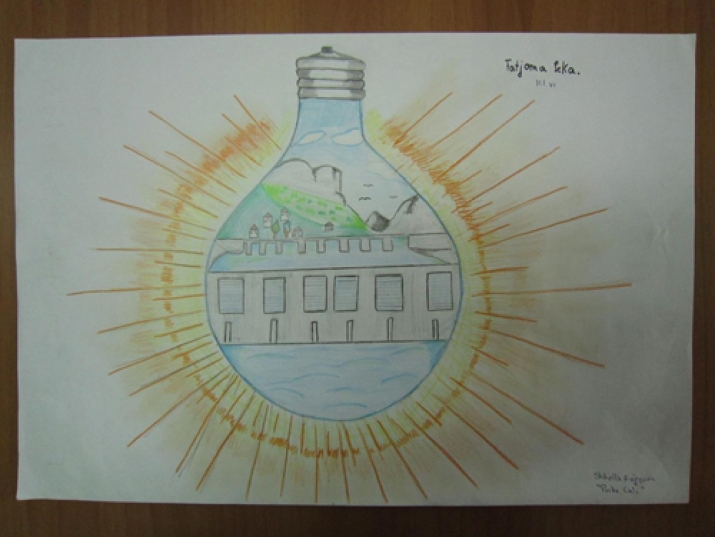 “The richness of detail was exactly what impressed me by this picture. You can recognize the dam, the power house, even the power grid and the mountains in the background.” 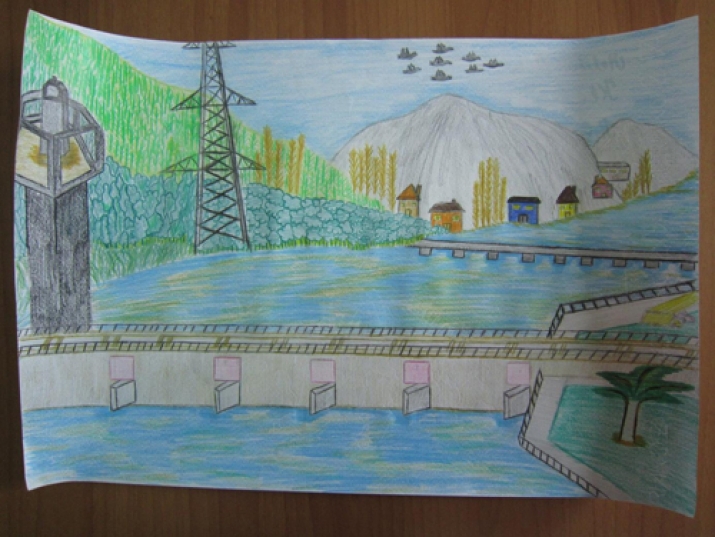 “Normally you consider a hydro power plant as a grey and cold building. Through the imagination of our painter here the hydro power plant appears to us in various strong and lively colors and symbolizes the interaction of nature and technique in a unique way!” 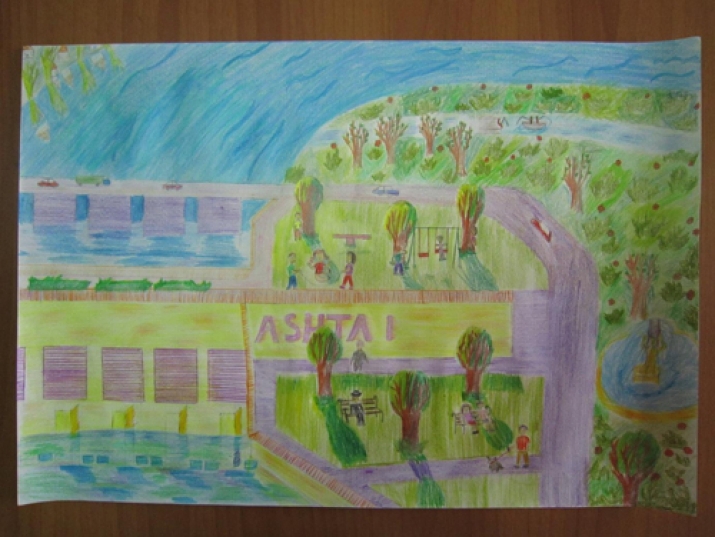