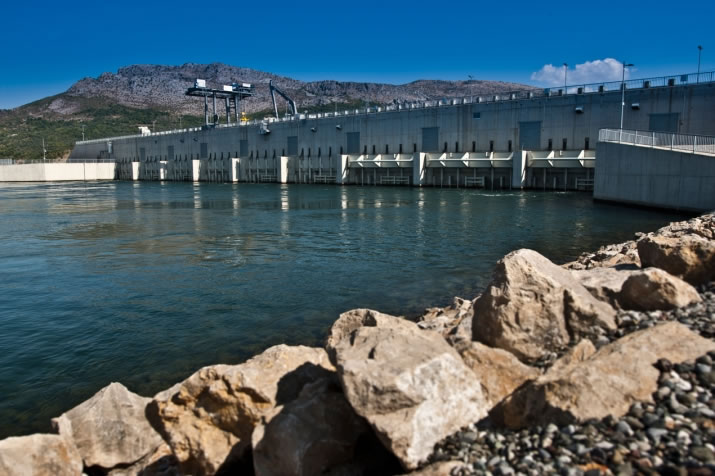 The largest operative concessionary Hydro Power Plant (HPP) in Albania is completing the first successful operational year with a generation of 267 GWh of clean and domestic electricity, no accidents or injuries of working staff and no unplanned outages in 2013.

HPP Ashta is the most important renewable energy investment in the last two decades in Albania. It was completed in March 2013, after a construction period of less than three years and a total investment of more than 200 million Euros. Since that time HPP Ashta recorded a total production of clean and domestic electricity of 267 GWh, marking a surplus of 11% compared to the statistical average yearly production of 242 GWh.The operation was impacted by the good water supply of the river Drin.

2013 has been a particularly positive year for HPP Ashta: the testing period ended by the end of March, what led to the regular supply to KESH by April 1st 2014 and granting of the usage permit on September 6th 2013.

HPP Ashta is the largest hydropower plant in the world using 90hydro matrix turbines. The matrix technology – based on a number of small turbines roughly the size of a telephone box – enables a particularly efficient utilization of hydropower and was specifically designed for the low heads available in this area. Prudent management and the dedication of the whole EnergjiAshta-team have ensured a total lack of production outage during the whole operation time.

Furthermore EnergjiAshta can point out to have reaches these numbers without any accidents or injuries of the staff, as safety of the employees is one of the main priorities of the company.

A high consideration to the environment has always been one of the fundaments of the project since the start of construction. HPP Ashta is the only hydro power plant in Albania with a state of the art fish migration system that allows fishes to swim from the Adriatic Sea up to the Spathara reservoir. The new fish pass is installed for the first time since the 70ies of the 20th century. To be able to maintain the highest environmental standards HPP Ashtafurthermore has implemented an exhaustive environmental monitoring program.

Currently EnergjiAshta is collaborating closely with the local schools of the VauiDejes Commune in developing an environmental awareness project aiming at increasing the local awareness on the environment and the way it influences their life and wellbeing.