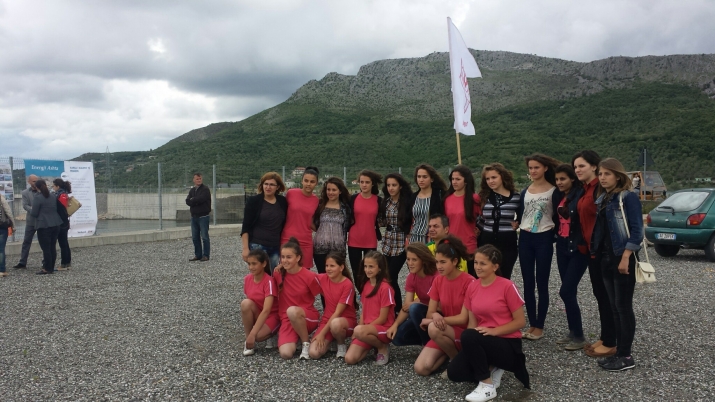 Today Ashta hydropower plant has been surrounded by a particularly festive atmosphere. Supported by the German GIZ, friends and guests celebrated today the River Drin Day. This event will be commonly celebrated in four countries with cross - border participation, Albania, Montengro, FYROM and Kosovo every third Saturday of the month of May. Following the examples of the Danube Day, this event aims to promote the values of the River Drin, its particular biodiversity and a sustainable exploitations of its potentials.

HPP Ashta welcomed on this special occasion many guest to showcase them the fish pass, implemented for the first time in Albania since the 70s of the 20 century. This new route allows fishes to swim from the Adriatic sea up to the Spathara reservoir. The fish ladder enables the connection of the fragmentized parts of the River Drin and the improvement of the fishes` diversity.

Ashta HPP is an environment friendly plant as energy is produced without any air pollution saving around 114,000 tons of CO2 per year. The project underlies the Clean Development Mechanism (CDM) by the United Nations Framework Convention on Climate Change (UNFCCC).

Energji Ashta is very proud to have supported the implementation of this ambitious project which will help strengthening the relations of the inhabitants with this natural wealth that surrounds them and increase their awareness toward the prevention of the River Drin Pollution.